In spite of the dullness and modest interiors of Oakwood, a quaint restaurant neatly tucked in the inner roads of Chenaati hill city; it had been patronized by creative artists, particularly writers who visited the hill station looking for peace and tranquillity required to write that yet another best seller. It was very common to spot one of these creative geniuses, downing numerous cups of coffee while looking dazedly outside the glass windows that were tainted to provide an apt level of privacy.   One of the writers’ who had frequented this place had described Oakwood to be that secluded nest amidst the laidback Chenaati, to where a creative mind could migrate to, if it were to drown in a slumber of undisturbed day dreams that artists usually need to engage in. If Oakwood was that secluded nest then, Paul, the waiter was its chirpiest cuckoo.  Paul’s verbose nature along with his satirical humour made him a man with a quality to be charming and irritating, both at the same time.  Even his clean black suit with an audacious red bow tie, neatly trimmed handlebar moustache that curled at the ends, shiny boots and nose and well trained sophistication, didn’t conceal that it’s a very thin ice that needs to broken to make Paul speak his mind.  A casual, “Can you suggest something nice to order?” could dangerously divert the conversation.

It was a usual slow weekday afternoon at the Oakwood with just one customer.  The place was running on minimal staff due to the off-season. The tables missed the usual deal cards and the free bread trays that were served along with the salt, pepper, soy and Tabasco. A huge white board was displayed at the entrance trying to oversell a bunch of items that had been pre-cooked and were moving slow. A small bell hung at the entrance to announce the arrival of any customer to Paul and Deborah the only two waiters manning the restaurant. Deborah was to manage the odd numbered tables and Paul was to serve the customers occupying the even numbered tables.

Mr. Vincent, a regular visitor who lived across the street stormed out of the restaurant angrily, “For once, mind your business - you moron!”

Deborah lifted the Beer Mug with a cigar floating in it while clearing the table and shot at Paul, “Oh you must be proud. There goes my twenty bucks! ”

Paul retorted, “Damn right, I am proud Deb! I did him a favour. He had no right to be rude to me.”

“You just ordered a heart attack? How can you say something like that! Was that very polite?  The man lost his brother a week back, because, of a Heart Attack! Didn’t you hear the ambulance?  You owe me my tip of twenty!” Deborah Said.

“Had I not said that? You would hear the ambulance, again and oh! Don’t you worry about your twenty; I’ll give you a forty. Go file your dirty nails, wax your hairy legs and flash them to your date.”  Paul shouted back.
“After what you said now, oh yes! You do owe me a forty.” Deborah disappeared into the kitchen with the beer mug.

Paul dropped on his knees looking at the ceiling, “Oh Lord! I pray to you. Send in another customer before we kill each other.”

The bell at the entrance chimed and the door swung open. A pair of Louboutins strapped to the feet of long legs peeking through a slit of an elegant floral gown walked in. A small white bag hung near the elbow of the lady’s arm as she strutted into the restaurant like a life size Barbie. Her, Ken, Clovis followed her and gave a friendly smile as Paul stood up in a jiffy and greeted him, “Welcome Mr. Clovis! Didn’t know you were in town.  Writing another sequel, Sir?”

“It’s all the mercy of the Lord! The usual table please.” replied Clovis.

Paul bowed in acceptance and led the couple to a table by a window which looked onto a green park through the rain droplets that still lingered on the glass. Clovis checked with Claire, “Are you comfortable here, my dear?”

“Oh it’s lovely darling!” She crossed her legs and freed her hand of the bag, resting it on the chair beside her.

Clovis took the chair that was diagonal to his date. He preferred to look at his women from a forty five degree angle. It gave him a satisfaction of being in a position to capture every little micro expression.  After all he was a writer. There was nothing in his surrounding that wasn’t a part of his notes.

Deborah pretended to be busy in the kitchen and hoped that Paul would request her for help in assisting the couple.  The quarrel with Paul had killed her mood. She had a hot date in the evening and Paul’s comment about her had just reminded her about how unattractive she looked.

Paul cleared the menu after taking the order and walked towards Deborah who ignored his presence, “Oh common! Are you angry at me now? Great!” Deborah didn’t reply. She just turned her face away with a sudden spike in anger which occurs when one is confronted by the cause of the anger.

Much to her shock Paul walked straight to the writer’s table, “Excuse me, Mr. Clovis; you are man of wise words. You have written so much about women that gives me the trust that you are a fairly enlightened man when it comes to the other gender. I have a problem here with my dear lady friend. May I have the pleasure of discussing this with you?” Paul turned around sincerely and requested Claire, “Of course with your permission Ma’am. Oh! And who better than a woman to know another woman, please feel free contribute to Sir’s recommendations. Only if you don’t mind”

Clovis looked at Claire and responded to Paul after a gentle nod from her, “Go ahead Paul. I have known you enough to consider you my friend. But know one thing; we are all amateurs when it comes to the other gender.”

Paul took no time to ask his question, “So, if you were a friend of lady who is as ugly as a toad, is it fair of you to make a recommendation, which would make her look better?”

Clovis chuckled, “Not if you want to keep her as a friend. I wouldn’t recommend that.”

Paul looked Claire as if he waited for a response from her. But she gave none. He shot one glance towards the kitchen to catch Deborah watching them through the window screener.  He continued, “Say supposing there was a glaring ugly mistake that your beautiful lady here made, wouldn’t you correct her?”

Claire looked at Clovis as if this answer to this would determine the future of their dating. Clovis shifted in his chair and cleared his throat, “Hmmmm...” he breathed heavily before responding, “No!”

Claire raised her eyebrows and sharpened her gaze on Clovis. Paul quickly checked with her, “Is that something you would appreciate?”

Claire was quick to respond, “No. I’d like to be explained about something that I did wrong. I would value the honesty."

Clovis, “Value the honesty? I beg to differ, my dear. No woman has the stomach for honesty.”

“That’s because men are never completely honest with women. Why don’t you be honest with me about something now? We can test the theory right here.” Claire thumped her hand on the table.

Paul nodded in agreement. Clovis shifted uncomfortably in his chair, “I’ll do that only if you give me immunity.”
Claire replied, “Immunity for?”

Clovis bent forward and looked straight into her eyes, “Darling, I deeply admire and adore you. I definitely do not want this to blow it up for us. I need immunity that whatever I say next should never in the future or now be used by you as a reason to stop seeing me.”

Claire was determined to make a point, moreover she was sure his observations would be trivial, “Oh give it try. You have the immunity!”

Clovis stood up, pulled out the chair beside Claire and stood behind her with his hand on her shoulders, “Here you go.  Your breath smells of cabbage at times, and, at those times it is very hard to come near you. You legs are too long, and your Louboutins drill holes into my feet if I am not careful. Your house is like a pig sty which is ironical because you are so spic and span otherwise, like how you wipe your mouth every time you take a bite. Sometimes I just observe these little personality riddles, and it inspires me build fictitious characters. I do love these flaws”

Claire’s eyes widened and her face turned deep red, “You love my flaws?” She picked her bag up and stormed towards the door and turned around, “Oh Paul! I stand corrected. Go apologise to your lady friend about your boorish, inconsiderate honestly and Mr. Clovis, please don’t dare and come to my pig sty to convince me.”

Clovis ran towards her, “Oh Claire! Dear, I told you no women, can stomach honesty.” He held the door with his foot and watched his date walk away, “I’ll call you in a week’s time dear.”  Once she disappeared into the crowd he walked back into the restaurant and glared at Paul. Deborah rushed from the kitchen and walked towards Paul with her hands on her waist.

Paul stood there grinning, “You really didn’t think I could pull that off did you?” Clovis broke into laughter and patted Paul’s back, “With the confidence with which you accepted my proposal, I had no doubt you would! I’ve been trying so hard to break up with her. That gives me just that guilt free time and material I need to finish my story!”  He pulled out a handsome amount of cash, pushed it in Paul’s breast pocket and walked towards the door.

“Thank you Mr. Clovis! May I know what your story is about?” asked Paul.

Clovis smiled, “Oh Paul! You won’t be able to stomach the truth. Now go apologise to your lady.” He pointed toward Deborah and walked out.

A year later Clovis released his third book which was a collection of short stories titled, “20 Breakup Dishes” centred on goofy waiters’ whose conversations unknowingly lead to twenty couples breaking up. The thank you note read as follows,

“Thank you, my darling Claire for patiently accompanying me to twenty different restaurants, for enacting out the scenes from my imagination and giving me the opportunity to obtain live material from the oblivious waiters who played along beautifully. 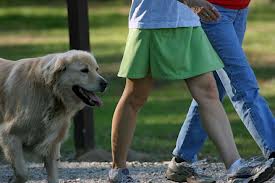 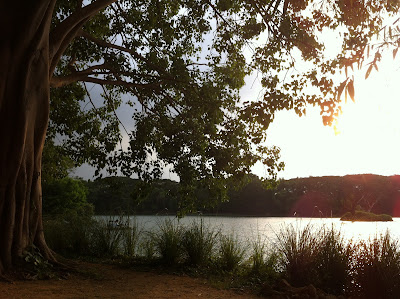 Every evening is a conversation,
Sun’s retiring talk with a dear tree
“I’ll come in the morn looking for you!
I’ll knock on the doors of darkness with a request
To let my rays caress with love, your gentle leaves
As they swing with joy, with hope, to see another dawn
Waiting for me to bring that dawn to you
I’ll come, but promise, that you will not let...
The black dusk swallow it all up - every time I am gone.”

Posted by Sameera at 1:40 PM 9 friends left a note

When you link my writing to my life, you give me the best compliment but terribly underestimate my power of observation and imagination. :)

My writings so far..

Get blog updates on your FB page??